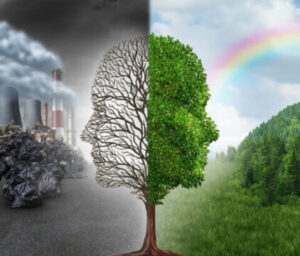 Imminent climate disaster is what we are told lies ahead! But not much reasoning is offered. We simply hear the same old worn out assertions repeated again and again, a simple form of communication for a dumbed down population. Phrases like “the science is settled” are rolled out to convince those who have no understanding of what science really is. “97% of scientists agree that climate change is real” they tell those who think that truth is determined by numbers with no reference to any objective facts of reality.

And note this; the definition of climate change usually means the United Nations Framework Convention on Climate Change (UNFCCC), in its Article 1, this defines climate change as: “a change of climate which is attributed directly or indirectly to human activity that alters the composition of the global atmosphere and which is in addition to natural climate variability observed over comparable time periods”. This is the definition widely used by is widely used by climate alarmists. The point is that you always have to check to see what definition is being used.

It is true that CO2 is a greenhouse gas, and it is true that human activity releases it. However, it is very far from true to conclude that the climate of planet earth is in danger of a runaway overheating situation in which a positive feedback loop causes a dynamically unstable situation to cause the end of life on earth. This idea is simply baseless nonsense designed to scare people into changing their behaviour.

The take-home point to note is this: The climate emergency narrative is a political tool. It is peddled in order to have allegedly “justifiable” grounds on which to limit and control your behaviour by political means and for political goals.

In Episode 163 of “Living outside the Matrix” I am joined by David (Diamond) Mauriello, from the Oppenheimer Ranch Project in Colorado, USA, for a conversation on the climate change narrative. David is a geologist and one of his other hats is that he publishes the “Magnetic Reversal News” channel on Youtube. This is where he discusses issues such as magnetic excursions, solar flares and pole shifts.

I was keen to ask him about the likelihood of pole shifts occurring where the earths crust actually slips, and to inquire about the possible effects of Coronal Mass Ejections (CME”s) on the worlds grid system. We do wander a little off topic, and into some other interesting territory, but its a great conversation.

Whatever the truth about solar flares and magnetic field collapse, the main point here is that CO2 is not our enemy. The climate is doing just fine, and we would all be much better off if the atmosphere contained much much more CO2! The climate emergency narrative is false. It is a political ruse, a scam, a con, a lie!

We are living in the post-truth era. The propagandists are taking out all the stops and going full blast. Because so few people are thinking critically for themselves these days, the political landscape can now be adjusted without any reference to truth. The only hope is if more people think critically and shout out about the lies. Become a new intellectual. Join the ranks of thinking men and women who are willing to do the mental work and discern the truth.

If you would like to hear more from Diamond here are some of his links to social media, websites and various content channels. Enjoy.